This was my submission to week 100 of the Weekly CG Challenge. This time, the subject was ‘Movie Poster’. After a lot of thought, I settled on Wreckers as a subject – these are groups which preyed on the cargoes of wrecked ships, but despite the name there is little evidence to suggest they ever deliberately lured ships aground. This meant a nicely dramatic image, but also meant that Blender was unlikely to do the job properly (I have never been able to do large bodies of water properly in 3D, especially from this sort of angle) : so I started my first digital painting. I first modelled the basic scene in Blender, however, to make painting easier. 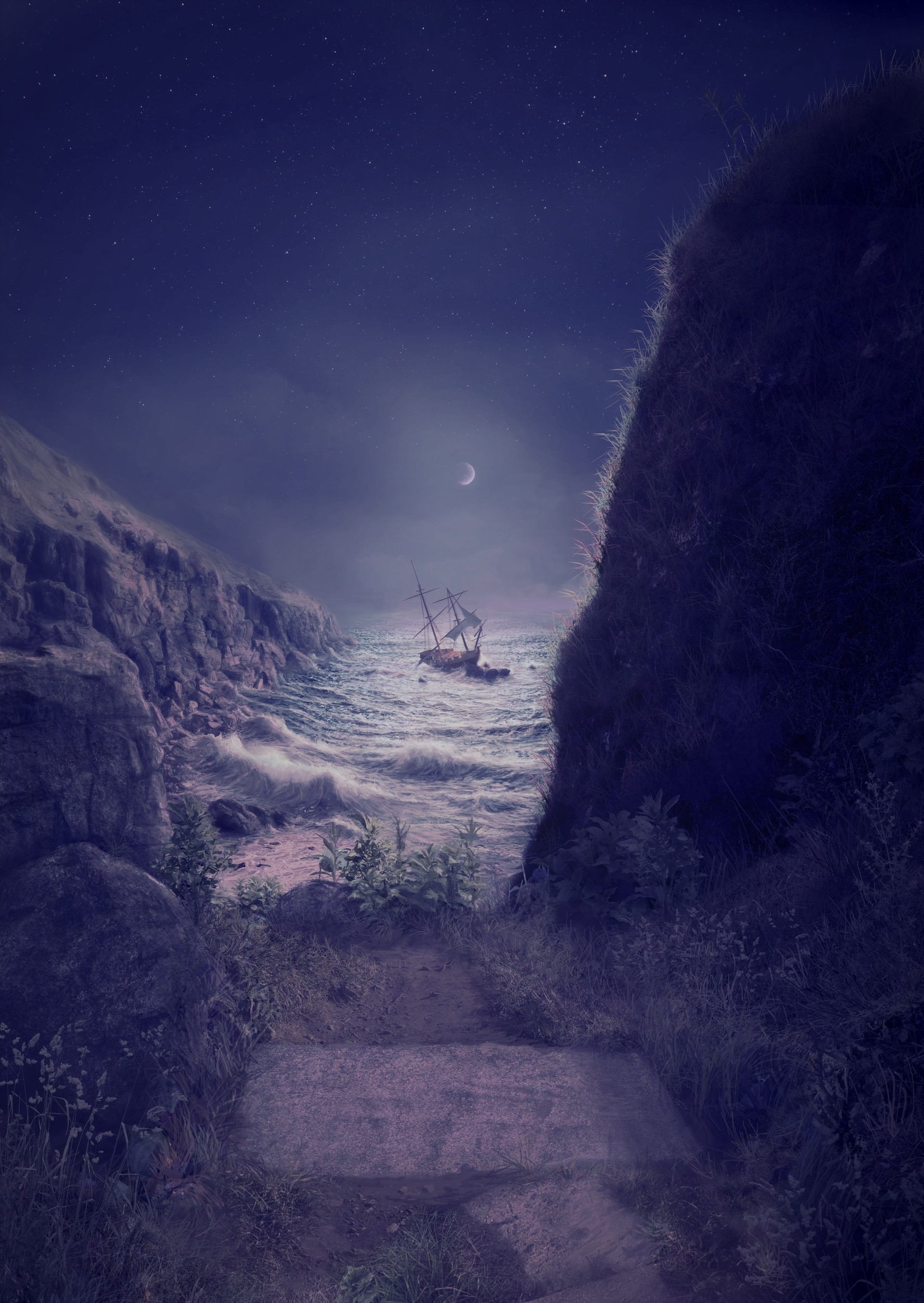 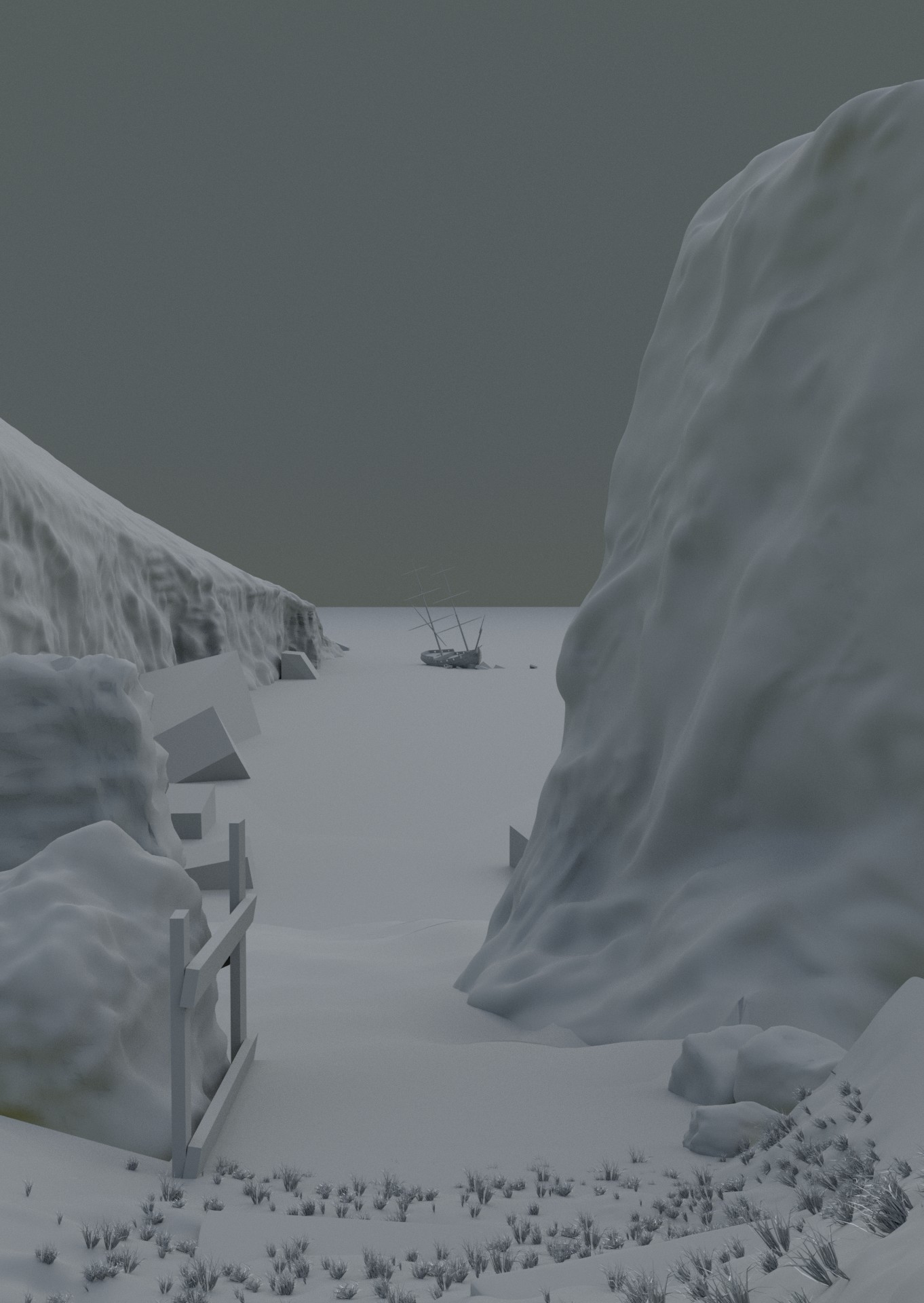 The models in Blender before painting 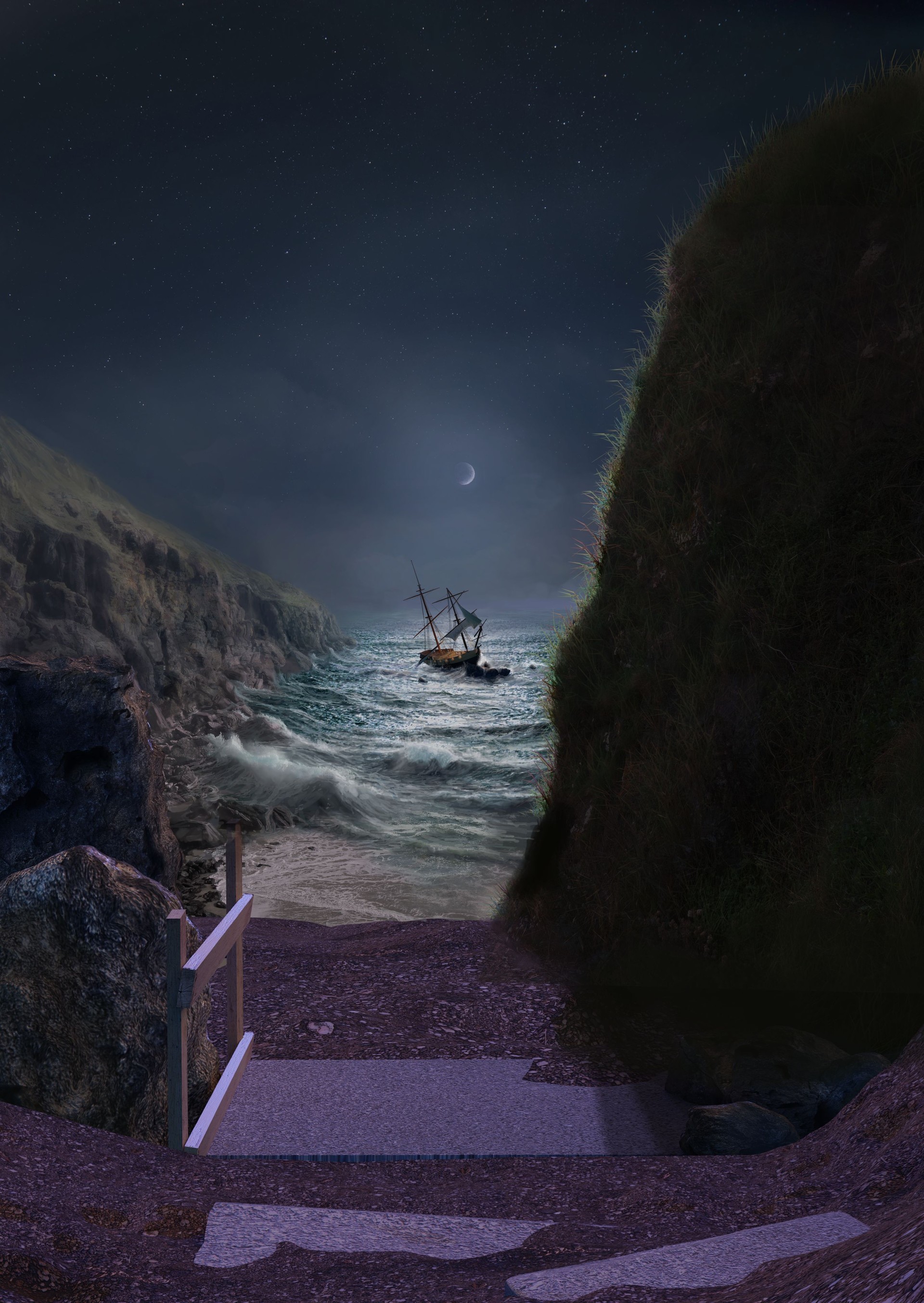 WIP showing the image before I started work on the foreground 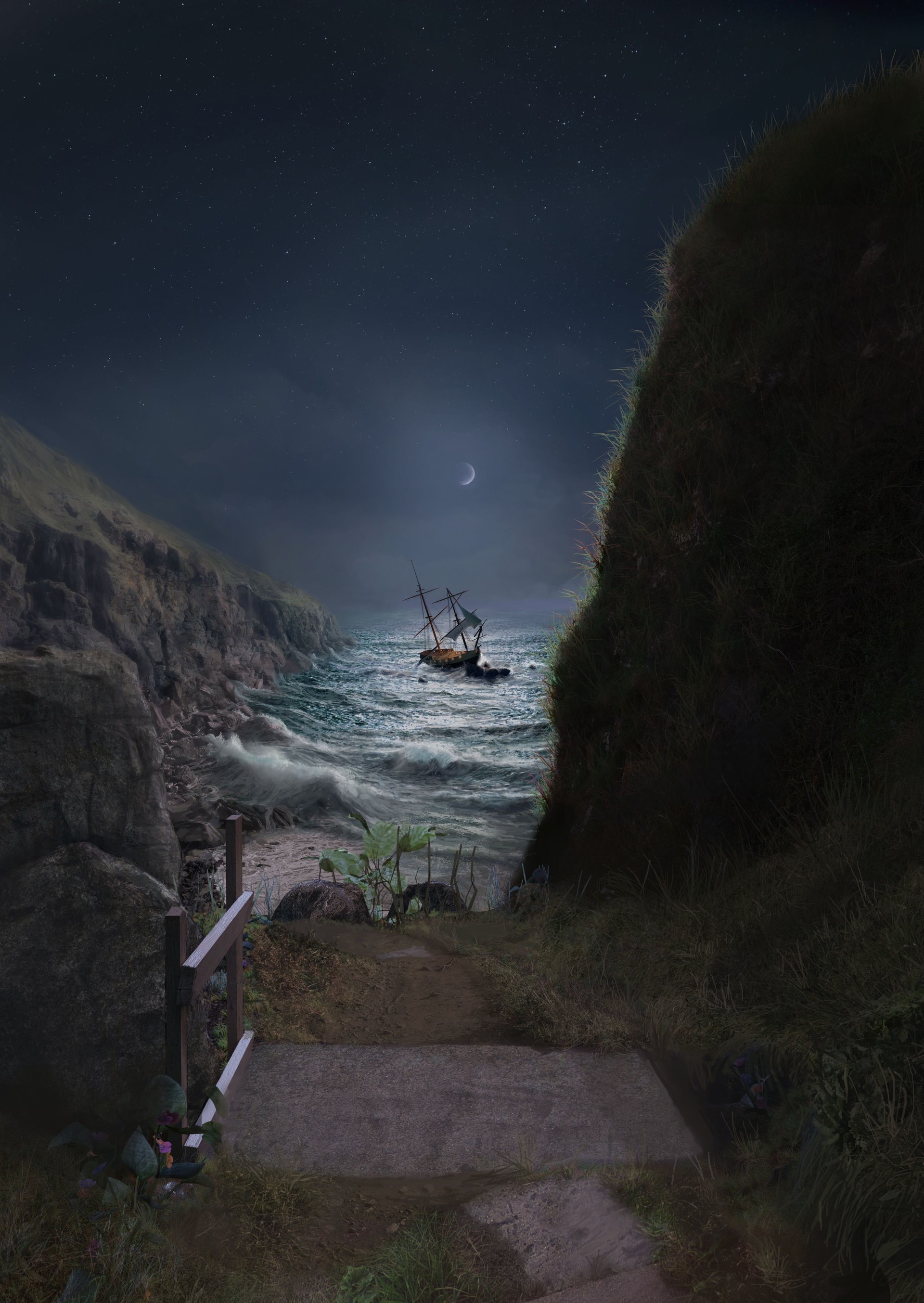 This WIP shows the main elements in place 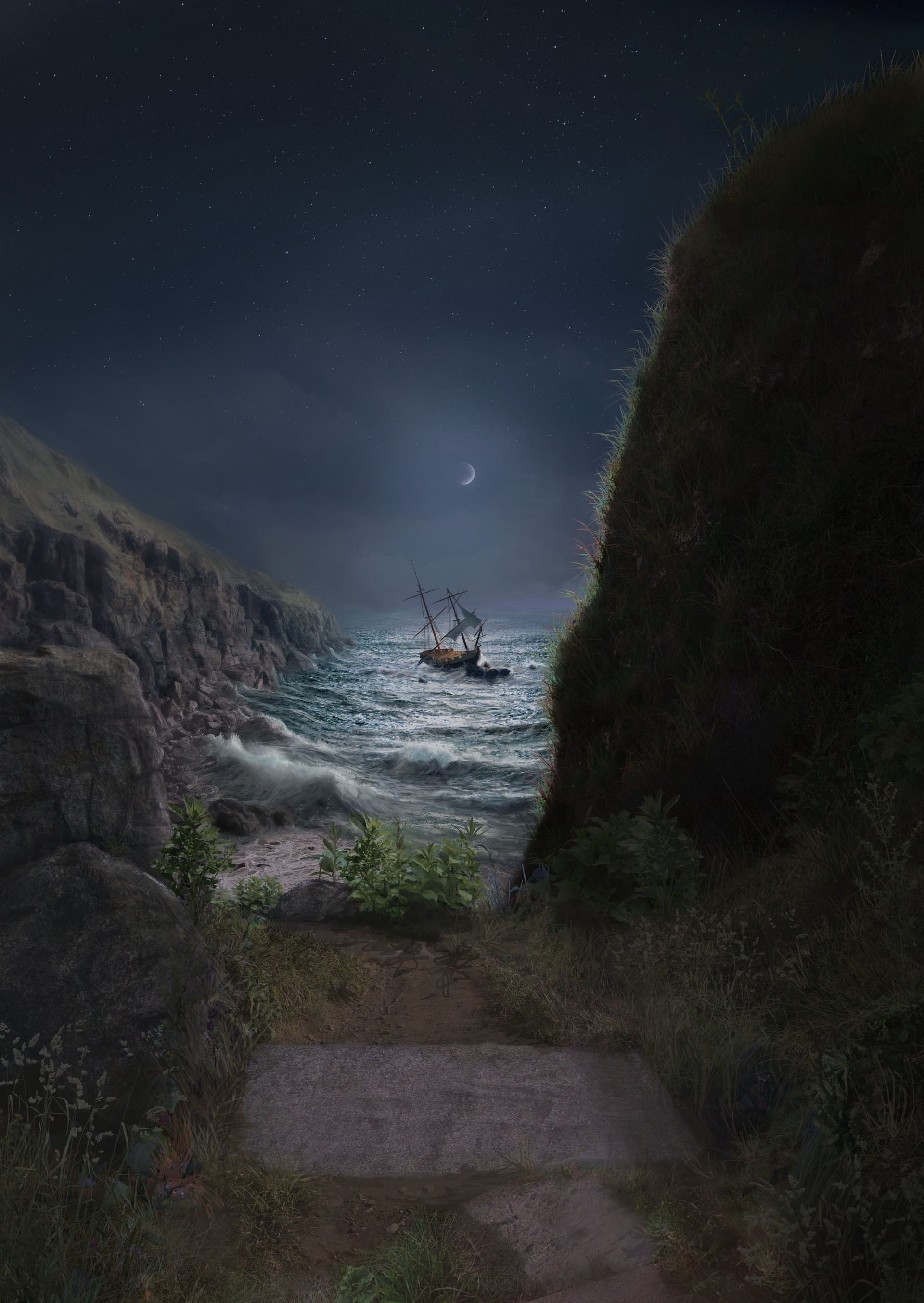 Additional vegetation added to the foreground 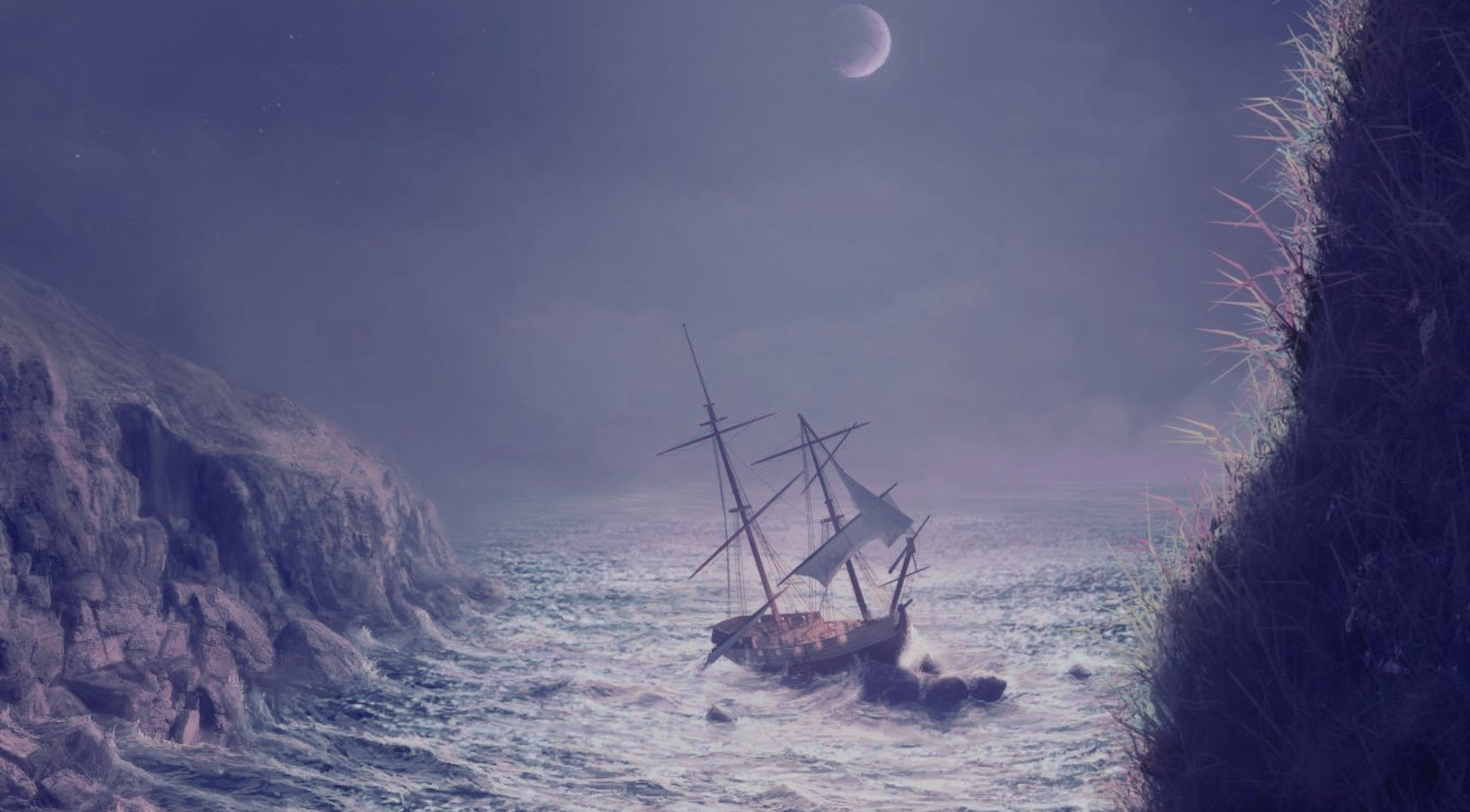 A close up of the Brig in the final image