Oil on canvas board, 20*30 inches. To my astonishment, it’s been accepted for the Royal Society of Marine Artists exhibition in London later this year!

The ship itself, Miltiades (for those who are interested), was launched in 1903, and together with her sister ship, Marathon, was the last of the kind to feature a clipper bow. During a refit in 1912, Miltiades was lengthened and had a second funnel added, as shown in the painting. After being requisitioned as a troop transport during the first world war, she sailed two final commercial voyages before being scrapped in 1925. 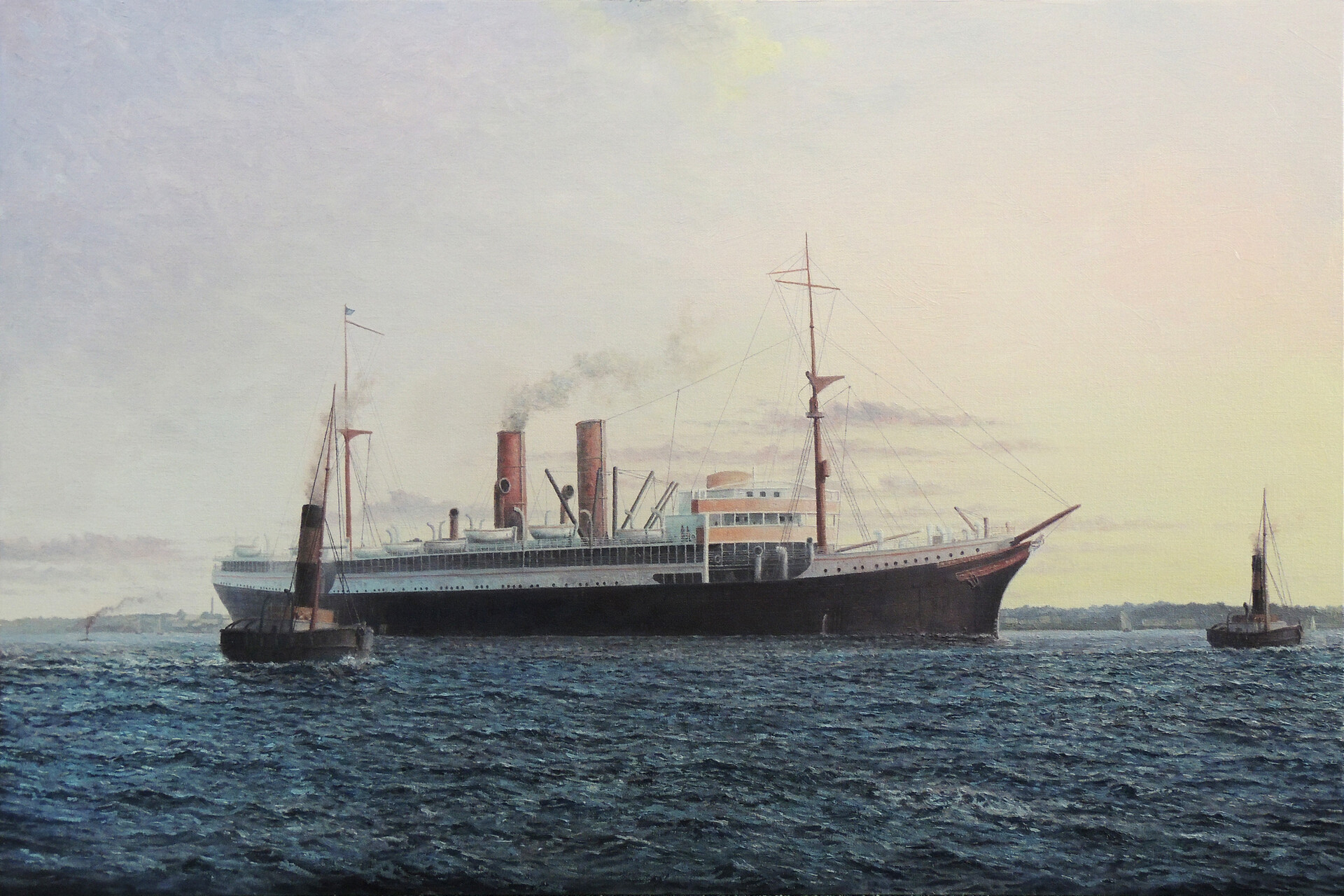 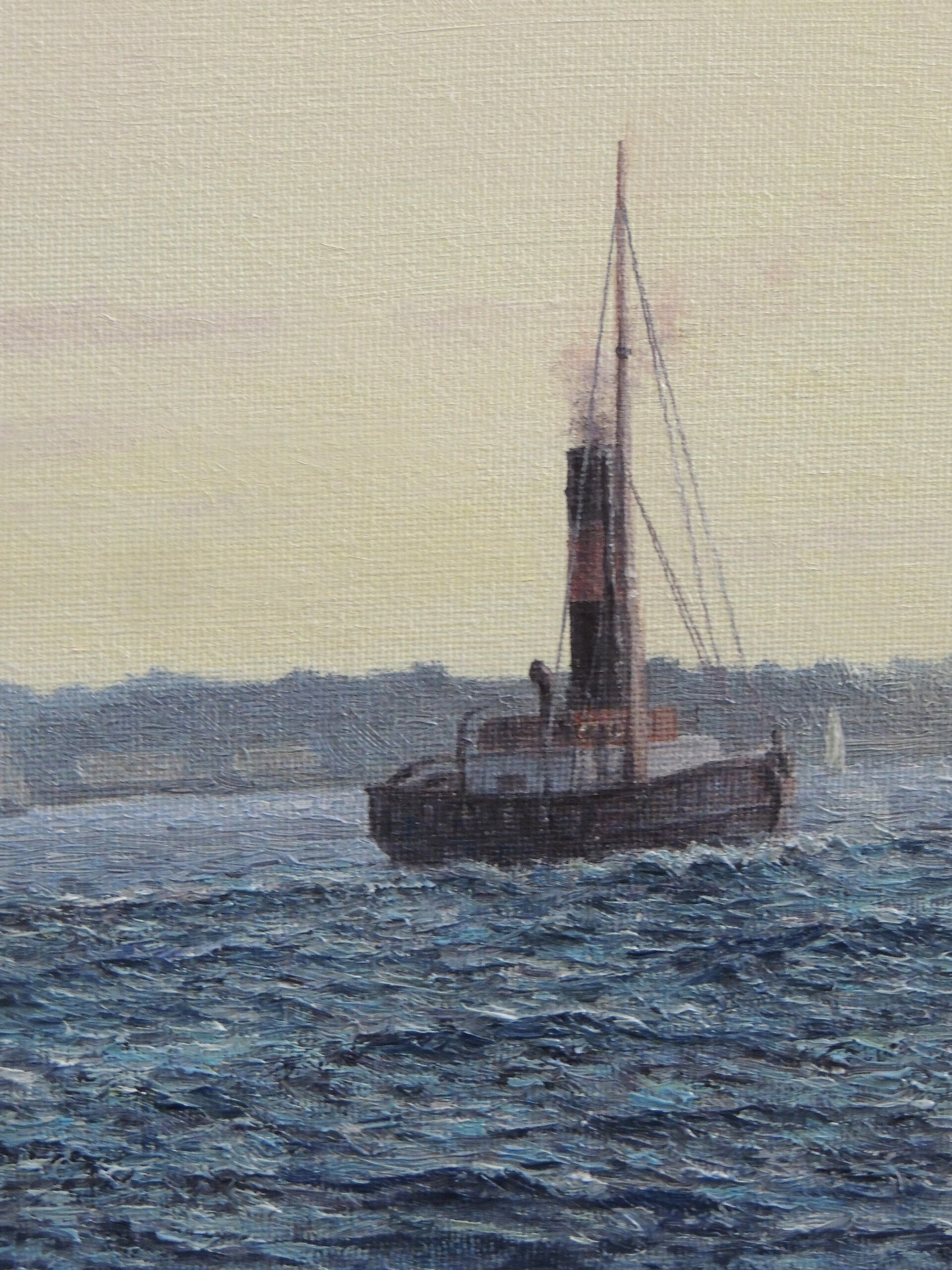 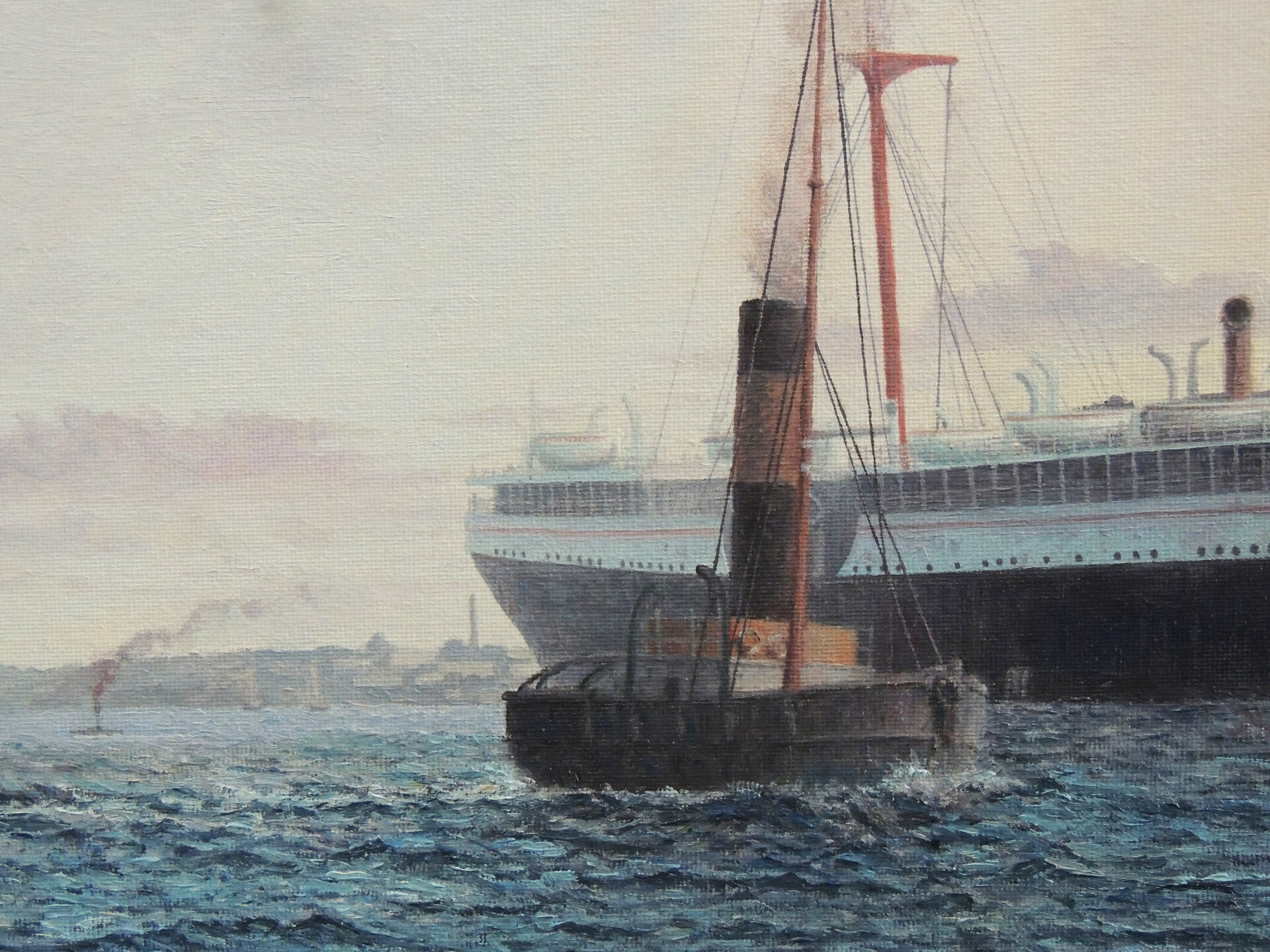 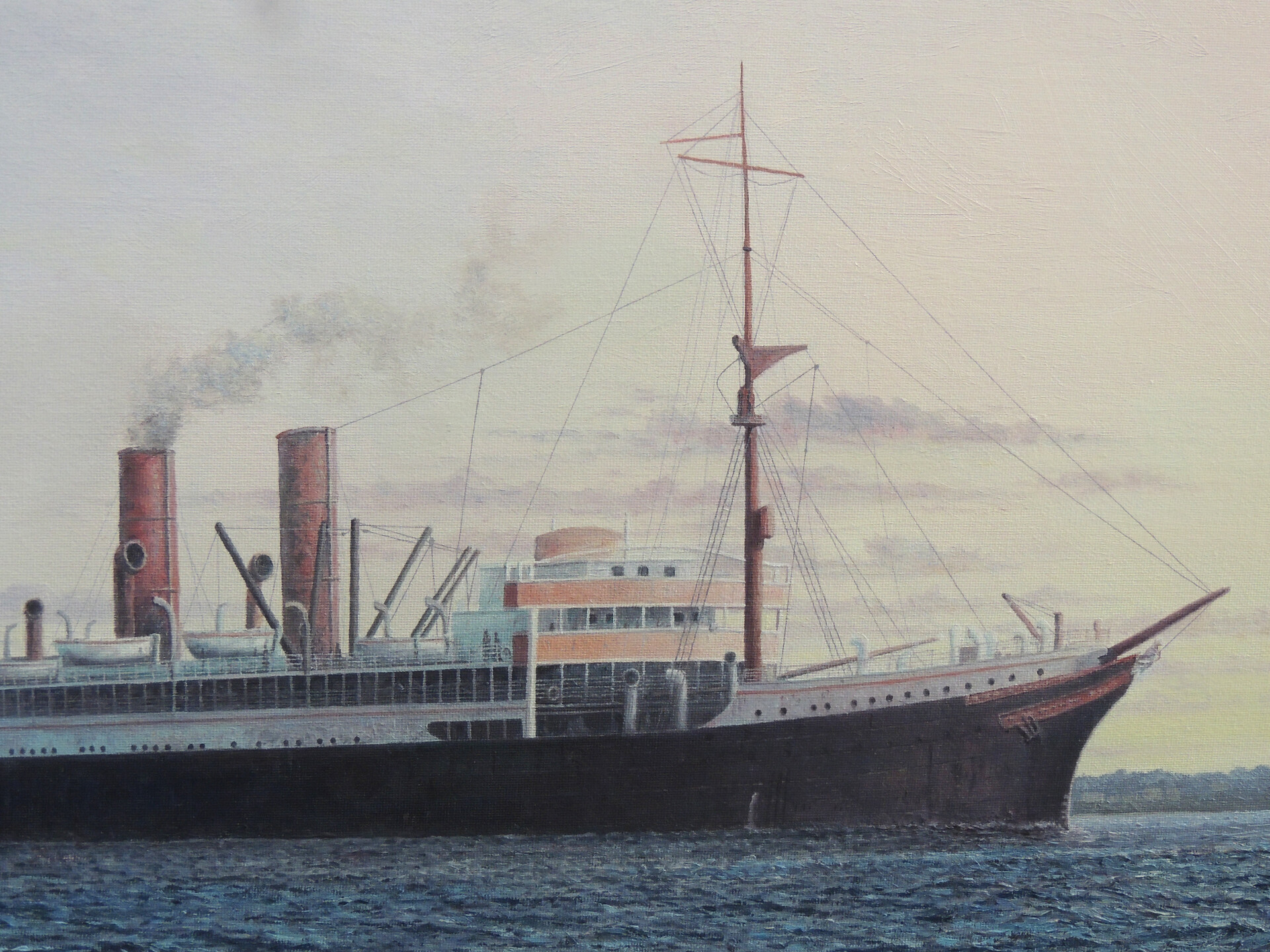 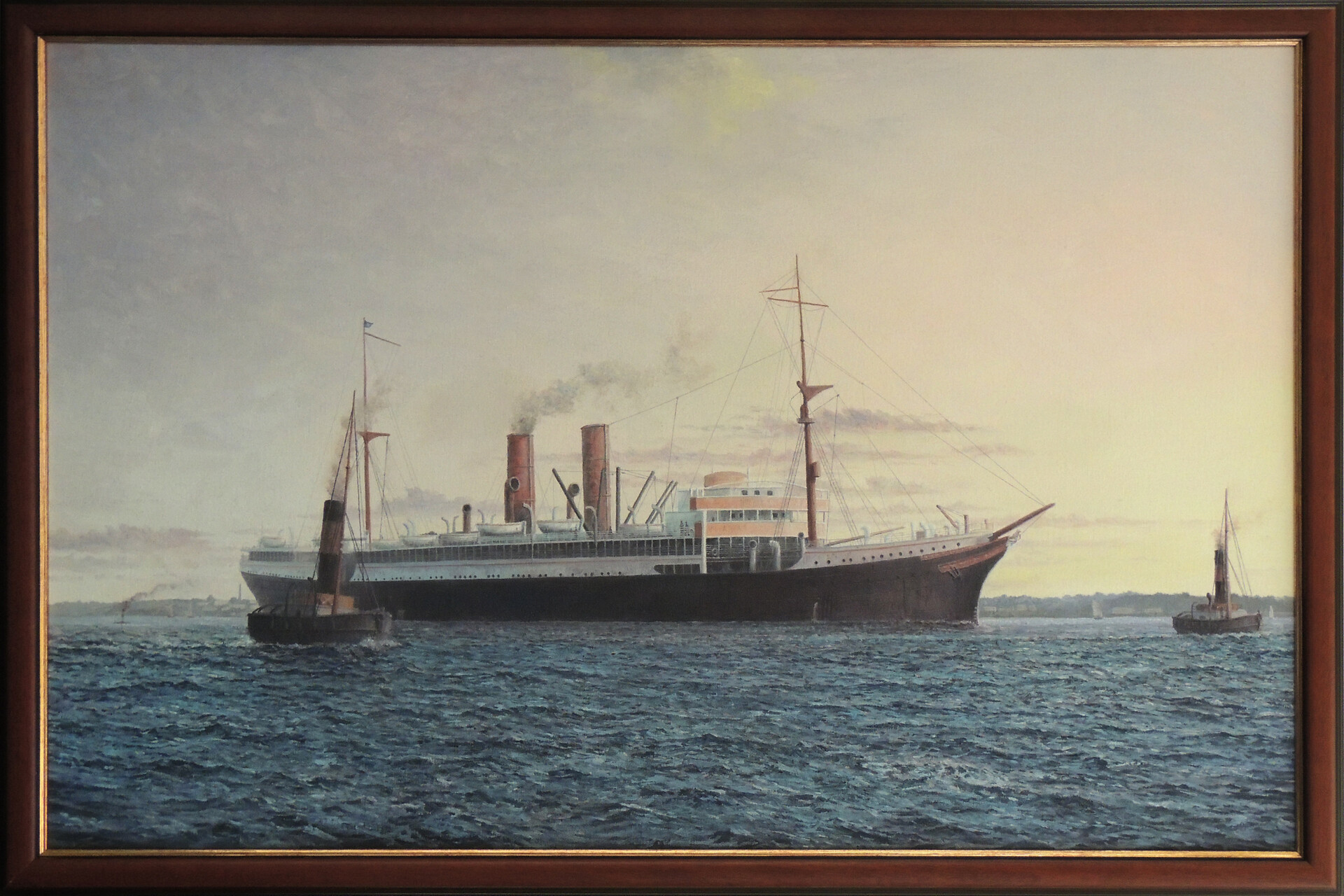